SEAYOS is totally autonomous with no surface buoy needed nor any box under the boat. Thus it can be used both during shore dives and boat dives and it's requires no complex implementation.

A simple and reliable use:

The SEAYOS prnciple is simple: if GPS devices don't receive signals underwater, let's catch the signals on the surface! And since a diver shouldn't go back to surface during a dive, the SEAYOS goes alone while the diver stays underwater.
In concrete terms: when divers need to knows their position (either to be guided or to register the geodetic coordinates of the current location), they let the SEAYOS come up to the surface. The SEAYOS remained connected to the diver via the cord of its spool. The SEAYOS spontaneously surfaces thanks to its positive buoyancy. It takes only a few seconds to capture the satellite signals then the diver can bring it back to the bottom with the spool.
In the case of a guidance, the SEAYOS indicates the heading, the distance and the estimated time needed to reach the destination and it guides the divers on their way thanks to its integrated compass: 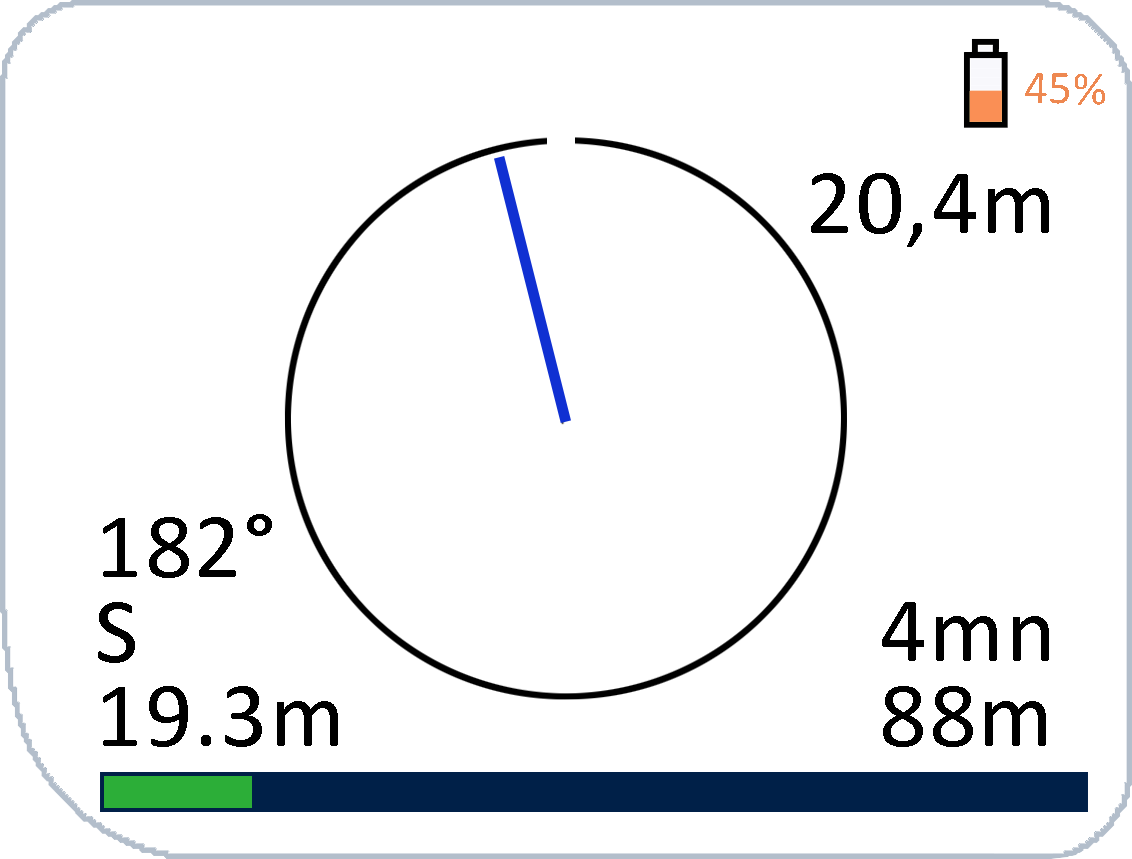 The time needed to reach the destination is estimated on the basis of the divers kicking speed. The speed has a default value but can also be calibrated.
Since the SEAYOS doesn't receive signals continuously, remaining time and distance are estimated. It the divers stop on their way, or move more slowy or quickly than the registered speed, the SEAYOS will not be taken these elements into account. Thus, there may be a need to let surface the SEAYOS again, to update the position and the guidance if required.

The SEAYOS is equipped with a GNSS chip. This make it compatible with different positioning systems: GPS (American), GALILEO (European), GLONASS (Russian) and BEIDOU (Chinese).